The title of the theme song is “Khalbe Tiger, Jitbe Tiger, Tigers fans
roaring, can you hear” — written by Pullok Anil, composed by Emon
Chakrabartee, while Zoyat gave voice to it.

BCB CEO Nizamuddin Chowdhury formally announced the unveiling of the theme
song at the media block of the Sher-e-Bangla National Cricket Stadium (SBNCS)
in Mirpur.

Seeking blessings for the team, Bangladesh ODI captain Mashrafe Bin
Mortaza in his impromptu speech lauded the theme song and thanked the team
rights-holders Unilever for making such an amazing song for them.

“The theme song has been unparallel,” said Mashrafe Bin Mortaza through
skype.

“I thank Unilever for making such an amazing song for the Bangladesh team
and want blessings from the people for the team,” he added.

BCB director and its media committee chairman Jalal Younus and Nafees
Anwar, marketing director of Unilever Bangladesh were also present on the
occasion.

“The theme song will work as a motivation. It has been dedicated to the
Bangladesh Team in World Cup,” Younus said.

Nafees Anwar said: “Five fingers have been showed in all the pictures of
the video, meaning Bangladesh need to win just five matches to go into the
next stage of the World Cup. In case of voice, people of all the stratums
have been kept, means that Bangladesh has been united for the support of the
team and the entire country will stay with the team.”

“Even some good memories of the Bangladesh team in the erstwhile World Cup
have nicely been presented through the video.”

Regarding the theme song, Pullok Anil said, “To be honest, I needed seven
to eight minutes to write the song. The view was clear. As I am in
advertising sector, I know how to write a song easily if the view of the
matter is clear to me.” BSS 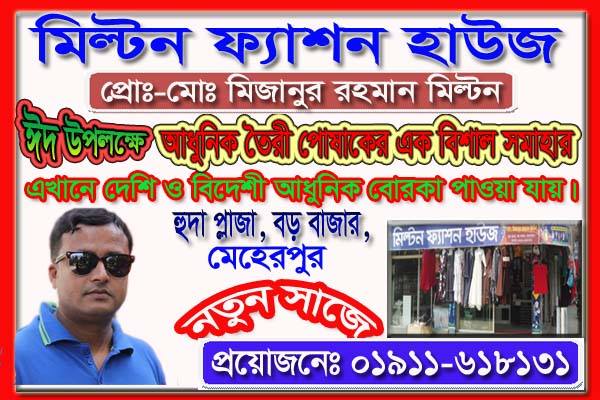